Coming from different backgrounds and raised in different parts of the country only proved to produce even more a perfect fit for this couple. Ted, a Texas native grew up in the panhandle, working on ranches in Palo Duro Canyon and the surrounding areas. He had some fun times in his rodeo career riding bulls and wild horses and then was drafted to serve our country in Vietnam. After Vietnam Ted began working in the mobile home industry. Working his way up from the production line to the General Manager's position, Ted's knowledge of building and production truly started from the ground up.

Working full time, Ted was always in high demand to ride horses for folks. Kristi shares "I've never known a time since we have been together that Ted didn't have outside horses in the barn that he was riding for someone else, he just has a way about him."

Kristi was also raised in a panhandle ....the state of Florida. Just south of the Ocala National Forest was where she was hanging her hat when Ted and her met.  Horses, a few cows, dogs and yes, to Ted's dismay, more than a few pygmy goats. Kristi's life also revolved around the horses, though her professional background was mainly retail. Storefronts in Orlando and Eustis, FL as well as a Wagon Building company, (that's horse drawn wagons), would keep her pretty busy up until her move Breckenridge, TX.

Little did they know things were about to change dramatically when a phone call came in from Oregon.

An opportunity of a lifetime was presented to the couple and in 2004 they said goodbye to friends,  packed horses and trailers and headed on an unimaginable adventure to the northwest. Perhaps far away from home, not much had changed.....horses and cattle, dogs and cats the Ted and Kristi settled into a their new lifestyle just 23 miles from the Oregon coast, 1970 miles from home.

Knowing full well they would one day return to Breckenridge, the Williams' continued to run cattle in Stephens county though they leased the TK to a family friend. While the ranch was taken care of Ted and Kristi went about making a home, making friends and riding horses in Oregon just as always and then in 2013 it was time again, to say goodbyes to a new set of lifetime friends and go home to Breckenridge, to the Lazy TK and settle back into the house they built just before leaving Texas.
​
Honesty, grit & determination continues to move the Williams forward with new projects and new ideas. They welcome each new guest with a warm Texas greeting in hopes they too will come to love the Lazy TK as much as they do. 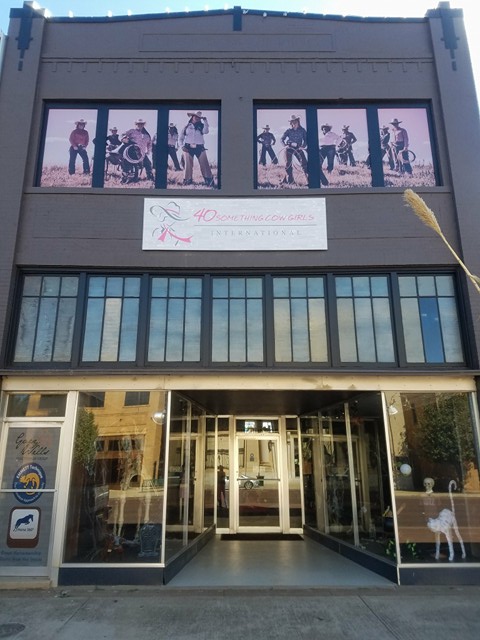 When in town, be sure to visit Kristi's storefront.
​40 Something Cowgirls, 113 W Walker St, Breckenridge.
Powered by